Hope in the Lord — The Immaculate Conception, the protection of human dignity

Home/Archbishop's Blog/Hope in the Lord — The Immaculate Conception, the protection of human dignity

Hope in the Lord — The Immaculate Conception, the protection of human dignity 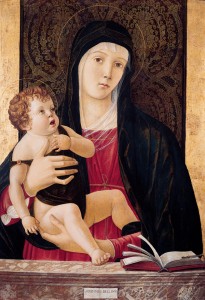 This Dec. 8, the Solemnity of the Immaculate Conception, marked my 15th anniversary as a bishop.

I love that I was ordained for service to Christ and his people on this special feast of the Blessed Mother.

Some confuse the Immaculate Conception with the conception of Jesus, which we celebrate on March 25, the Annunciation of our Lord. St. Anne and St. Joachim (parents of Mary, the Mother of Jesus) are likely kicking up their heels in heaven, joyful that we recall with reverence and joy that first moment in which God began to prepare Mary for her great call to be the Mother of God!

Indeed, each of us is created with great dignity, made in the image and likeness of God — a dignity rescued from sin and selfishness by our savior Jesus.

Angels in Disguise: Protection of human dignity for those with Down syndrome

My mind has been swimming with current assaults on that dignity, both in the womb and thereafter. This week I will be going to a performance at the Brown Theatre held by Angels in Disguise, an organization that supports all persons with disabilities and especially those with Down syndrome.

The evening highlights the gifts and the joy in the lives of persons with Down syndrome, stories that our culture desperately needs to hear. Not long ago I heard the hard facts that parents who discover that their child in the womb has Down’s rarely get the support and guidance they deserve. Instead, they are told of all the dangers and hardships that might lie ahead and do not have a chance to speak with parents who are raising a child with Down syndrome. Thus, they never hear of the joy and the gift!

Dr. Jérôme Lejeune, who died in 1994 and who, as a “Servant of God,” is on his way to being declared a saint, discovered the genetic composition of Down syndrome in 1959 — naming it Trisomy 21. He labored tirelessly for the cause of those with this genetic condition and suffered greatly from his colleagues’ rejection.

His story is told beautifully by his daughter in Life is a Blessing: A Biography of Jérôme Lejeune — Geneticist, Doctor, Father. This powerful biography depicts a man firmly committed to his family and his faith as well as his profession. He is a man for this time, and his life is worth emulating.

Protection of human dignity for victims of human trafficking

Another assault to human dignity occurs in the scourge (and prevalence) of human trafficking. This involves the snatching of children, teens and adults from their homes or neighborhoods — often in poor surroundings but not always — and forcing these persons to become slaves for evil purposes, primarily in the areas of sex trafficking and labor trafficking.

The latter includes those forced to work in businesses, such as hotels, restaurants and nail salons, as well as those who are forced to labor as home indentured servants. Here is a prime example of the tendency in our age for human beings to be treated as objects. Pope Francis will take up this cause in his Jan. 1 message for the World Day of Peace next month.

The reality of human trafficking came home to me when our Catholic Charities’ annual report listed more than 20 victims of human trafficking rescued in Louisville this year, with 160 rescued in the state of Kentucky. Sadly around Derby week, the incidences grow in number. Groups such as the Louisville Metro Human Trafficking Task Force, Kentucky Rescue and Restore and Catholic Charities are joined by woman religious in our community who are working on this issue and deserve our support.

Two days are coming up early next year that you may want to mark on your calendar for prayer and attention. Jan. 11 has been designated by the U.S. Congress as National Human Trafficking Awareness Day in the United States. And on Feb. 8, an international conference for prayer and reflection on human trafficking is being held by the Pontifical Councils for the Pastoral Care of Migrants and Itinerant Peoples and for Justice and Peace in collaboration with the international male and female Unions of Superior Generals. Feb. 8 is the feast of St. Josephine Bakhita, the Sudanese slave who was canonized in 2000.

As we celebrated the feast of the Immaculate Conception, we asked Mary, who was conceived without sin, to pray for us who have recourse to thee. We continue to ask our Blessed Mother to make us so aware of our God given dignity now restored through her son, Jesus, that we defend those who cry for help — children conceived with Down syndrome and all snatched into the jaws of human trafficking.