Last evening, I viewed the 60-minute documentary made in 2015 on the life of Flannery O’Connor entitled, Uncommon Grace.  I admit to being a big fan of Flannery.  Those who know her southern gothic way of writing a short story understand the attraction of her vivid descriptions, her way of conveying humor that makes one laugh out loud, and her uncanny knack for surprise endings.  All these qualities come through the documentary in a clear, compelling, and interesting way.  I was disappointed that the film wasn’t longer! 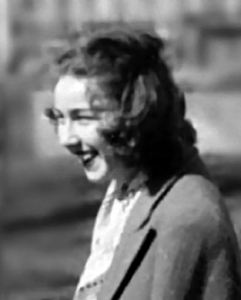 What really makes me want to promote the showing of the film at the Louisville International Film Festival on Saturday, September 16 (2:15 p.m. showing at the Muhammed Ali Center) is the unique way Flannery O’Connor lived her Catholic faith – amid the literary giants of her day – without apology.  In an age in which our culture tempts us to choose between faith and reason or between belief and science, she gets to the mystery of life that requires no division.  Her stories reveal both the reality of sin (which she called, borrowing from philosopher Soren Kierkegaard, “a mystery to be lived and not a problem to be solved”) and the need for grace. In other words, her heroes all need a savior.  Smug self-sufficiency is not enough to get us through life.

I enourage educators, students, and all the faithful to benefit, as I did, from a viewing of Beata Productions’ (an independent Catholic filmmaker from Atlanta) fine documentary.

This is not the first time that I have written about Flannery.  Back in October 2013, just after my first face-to-face encounter with Pope Francis, I wrote this column, which might be worth reading again:

St. John the Baptist, pointing to Jesus, said: “I must decrease, and He must increase.”  Very vividly the Catholic novelist Flannery O’Connor made the same point in a journal from 1946 as she was striving to find her vocation as a writer. She died in the early 1960s but still remains popular for her novels, described as “Southern grotesque” because of the alarming way in which she speaks of grace rushing into our world.

One of her vivid phrases was “the slim crescent of the moon.”  Father Terrence Klein wrote about this imagery in his blog about the Sunday Scripture readings for America Magazine  ( The Good Word Terrance W. Klein | October 10, 2013). I loved the sound of the words, “slim crescent of the moon.”  Once I heard the explanation, I could not get it out of my mind and in fact began to hear the message of Pope Francis through this prism.  Flannery O’Connor’s somewhat unscientific explanation goes like this: The reduction of the moon to a slim crescent shape occurs because of the long shadow caused by the earth getting between the moon and its source of light, the sun. In the same way, our “self” can cast such an unhealthy shadow on the brightness of God’s grace, shining onto the world through Jesus Christ, that we can all but block out this light completely. In her journal, Flannery used this imagery to identify what she called the three signs of a healthy soul — a soul that lets the light of grace shine through.

Her prayer sums it well: “Dear God. I cannot love Thee the way I want to. You are the slim crescent of a moon that I see and my self is the earth’s shadow that keeps me from seeing all the moon. The crescent is very beautiful and perhaps that is all one like I am should or could see; but what I am afraid of, dear God, is that my self shadow will grow so large that it blocks the whole moon, and that I will judge myself by the shadow that is nothing. I do not know you God because I am in the way. Please help me push myself aside.”

What are Flannery O’Connor’s signs of a healthy soul?   The first sign of a soul’s health is shown in the measure of gratitude.  Giving thanks – in Greek the familiar eucharistia, our word for that perfect prayer of Jesus in His Church, the celebration of the Holy Eucharist – is a measure for a community as well as for an individual soul.  The daily homilies of Pope Francis seem to raise the call for gratitude every day. When he greeted us at the audience, I could sense his simple and even serene approach to life as he spoke of Jesus and His daily encounter with Christ in the Holy Eucharist. He has a grateful soul!

The second sign from the novelist is a healthy awareness of our sinfulness.  In her journal, Flannery speaks of her imperfect contrition for sin and how this lack of contrition creates distance from God.  Interestingly, in his recent interview published in America magazine, Pope Francis described himself by saying: “I am a sinner,” and then added: “It is not a figure of speech, a literary genre. I am a sinner.”  Pope Francis is calling us all to be aware of our fragility and sinfulness before we would ever seek to accompany another through life.

Flannery’s third sign of a healthy soul is a sense of mission.  What others saw as her budding career as a writer, she describes as God writing through her and at times despite her.  Again, I hear the echo of Pope Francis, who is calling all in the Church to “go out.” At the end of Mass, the deacon says, “The Mass is ended. Go in peace.”  The words in Latin,” Ita, missa est,” quite literally mean:  “Go, you are sent!”  Pope Francis uses the word mercy the most, but a close second is his use of the word “accompany.”  He has taken the world by surprise in calling each of us to reach out and accompany others and to always to see the person before the rule. This sense of mission – going out to heal wounds and warm hearts – is the message he has proclaimed repeatedly as he gently calls us to accompany people who are hurting and together to walk with Christ and come to encounter Him in and through the world.  Pope Francis is forever pointing to Jesus – like John the Baptist and like the novelist Flannery O’Connor.

Thirty years ago, soon-to-be Saint John Paul II described the new evangelization as “a new ardor, a new expression, and new methods.”  Pope Francis is putting these words into action in new and exciting ways, and we will be looking for many ways to answer this call and to build healthy souls and healthy parishes as we make reaching out the theme in the Archdiocese this year.