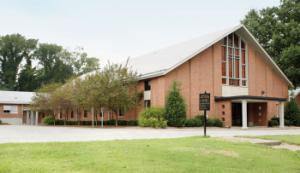 St. Leonard Parish was established in 1953 on approximately eight acres of property that had been donated to the Archdiocese for a church to be named for the donor, Mr. Leonard Blandford. The first Mass of the fifty-eight-member parish family was celebrated on October 18, 1953 in the nearby chapel of St. Joseph Orphan’s Home. Father Joseph Emrich was the first pastor.

In the early years of the parish, funding and building were the primary focus as Father Emrich built a church, rectory, convent, and school. Staffed by the Ursuline Sisters of Mount St. Joseph, the parish school opened in 1957. Small by design, it continues to serve the needs of families near and far. Soon the parish had developed numerous organizations and ministries, such as the St. Vincent de Paul Society and the Legion of Mary, many of which survive to this day.

After Vatican II, a lay advisory board, later known as the parish council, was established, and RCIA programs began in the early 1980s. Many ministries have been developed as parishioners respond to their baptismal call, including the “Leos on the Go” for active seniors.

In 1972, the church was renovated, and in 1980 a bell tower was erected. A second renovation took place in 1996-97. In 2002, a $1.3 million family life center and expanded school complex were completed. The following year, the parish celebrated its golden jubilee with many activities commemorating the founding and accomplishments of this dedicated community of over 1,300 parishioners.

The Second Vatican Council inspired greater involvement of the laity. With the leadership of a talented staff and committed parishioners, programs of lifelong formation have taken root. The parish family continues to embark on updating facilities and dedicating itself to faithful stewardship of its time, talent, and treasure.