Our Lady of Perpetual Help

Our Lady of Perpetual Help 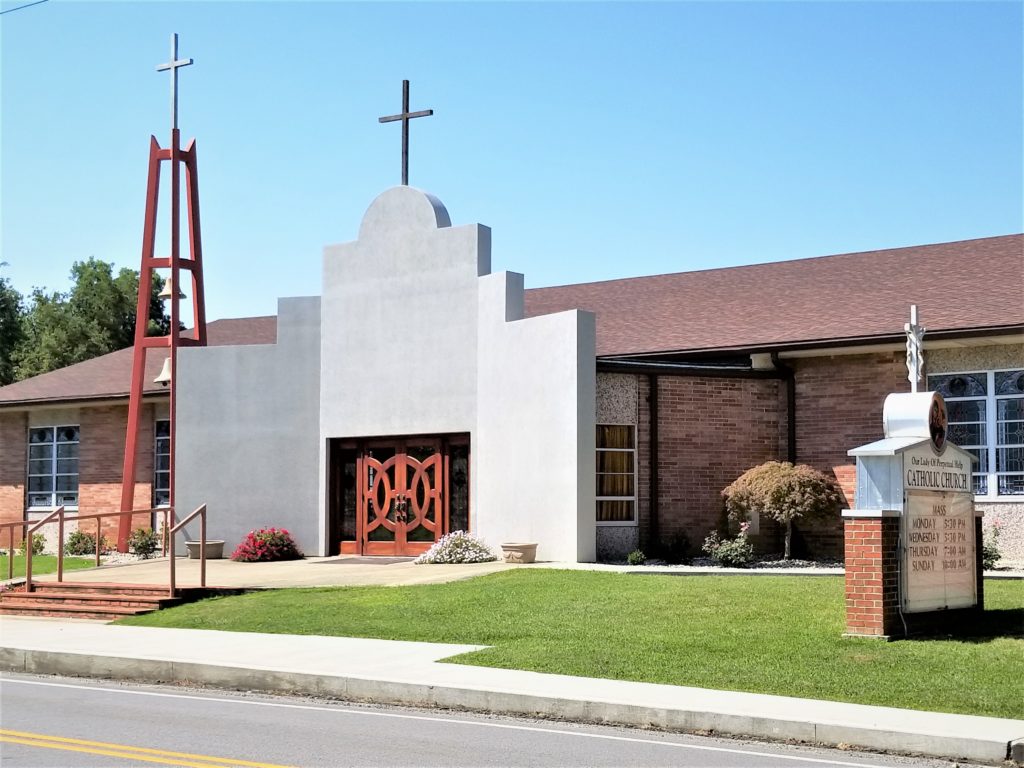 It was in the fall of 1879 that Rev. John Paul Kelleher, following the wishes of Rev. Bishop William George McCloskey, rode a work train from Lebanon and established a mission church in Campbellsville. History portrays the area as thriving, with the biggest threat to Catholicism being disease and the mode of transportation; three of the first five pastors suffered typhoid or fell from their horses while making rounds in the country.

Catholics first attended church in Spurlington at Saint Francis. And before Rev. Kelleher began the erecting of the church, initial Masses were held in a house on the present church property — the former residence of C.W. Wright.

It was Mr. Wright who deeded three acres to Rev. Kelleher on November 19, 1879, for $900.00. That purchase led to two years of preparation before the church proper was erected, and Masses began on a regular basis at the present location. Up to that point, Masses were held in the home of John T. Newton. Eventually, the church grew from 10 parishioners to its level today.

The parish was named by Father Louis Deppen of Louisville’s Cathedral of the Assumption, who presented a picture of Our Lady of Perpetual Help that had been touched to the miraculous icon in Rome. Father Deppen made the presentation at the dedication ceremony.

Eight pastors served from the years 1879-1895. The structure served its parish well. It was a handsome edifice with a seating capacity of more than 300. Seventeen priests took up residency over the next 59 years. Father Henry Stuecker built an elementary school building prior to 1958. In 1958, Fr. George Bowling began to usher in more advances.

In 1962, the mission church was raised to parish status and had outgrown its existing capacity. Ground was broken on February 13, 1966, for a new church building. Seating 400, the church was designed with the new liturgy in mind. One altar would stand at the center front of the sanctuary surrounded by a fan-shaped nave. The Church was consecrated on October 23, 1966, with more than a thousand people attending the ceremony.

In 1970, declining enrollment caused the parochial school to close. In 1976, the old church building was razed. Beginning in 1995, parishioner Butch Wheatly started working on new stained-glass windows for the church. In 2007, the interior of the church was renovated. The sanctuary was moved to the east of the building, making for a much more traditional appearance. The renovation greatly enhanced the sacredness of the church interior.

Our Lady of Perpetual Help is what it is today due to good, orthodox priests who have kept this rural parish growing spiritually and as a community of worship and family. Today it serves over 600 parishioners.